K.G.F: Chapter 1 story A young man’s promise to his dying mother leads him on a dangerous quest for power and wealth. 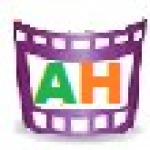